“Beloved one, each and every one of you is more valuable than ever you have contemplated, and each and every one of you is so needed at this time and so Loved at this time that God has given you to this world. For God so loves this world  that he gives you to know your value and to be the Light. Go forth now as the Light, the sunshine of everyone’s life”.

Now here is something extra special from Jesus from the chapter of “The Beloved” in Love Without End …Jesus Speaks ” .We wanted to remind you in Jeshua’s own words about His crucifixion, His separation and resurrection so you could appreciate His Love and reasoning for His Gift. Until I read Love Without End I had never heard it said this way in any other text or context.

“You see, the point of my sacrifice on the cross does not lie so much in the fact that I died for you as that I separated for you.Death means nothing to me, for I am utterly assured of my immortality and the pain of death could have been cancelled in a moment by my Love.  My gift to mankind was the separation that I chose to experience.

Uniformly without exception, the separations of man have occurred because man drifted away from God, the Source of love and reality, through his devotion to private fiction and ego projections.  Man’s headlong pursuit of personal agendas and invented realities caused him to forget the love that he really is.

I separated in the spirit of love, that Love might be joined even with separation, and thereby the fact of separation would be reduced to mere illusion.  The event of my separation was the most extreme grief I have ever known in my entire existence. While on the cross, I momentarily experienced full release from my Father as I received unto myself all the separations of the world.

Now, by the law of grace, all you have to do is accept the fact that you are Love and return to the Father. This is an enduring miracle, which I gave unconditionally to all mankind. It is for the receiving by anyone who would choose to accept.  Separation–though essentially an illusion–was once a very real problem.  Now it is only an illusion that anyone may end by picking up the sword of truth and ripping the veil. 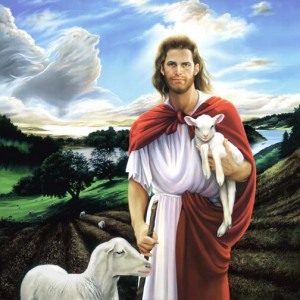 The miracle evoked by my death was the cancellation of separation by equating it with Love instead of judgment.  The miracle of my resurrection is not so much that my body was made whole as that man was made whole with God, and separation was transmuted to an illusion.

This transfiguration is now available to anyone who accepts the Love that he is. You may perpetuate the illusion if you choose, or you may accept the gift. This was my Father’s gift and mine, given freely to anyone who wishes to regard the change of potential which now exists for mankind.

I would much rather the gift be promoted than the giver.In savouring the blessing of the gift, the receiver will eventually seek out the giver.  That point is difficult for many of my friends and followers to accept, for they are protective of my glory.

It is sad that the gift has been shunned by so many, simply because it was poorly understood, or because the giver was thrust upon them.  I would rather it be the other way around–that the gift be understood and be received by all universally. It was freely and unconditionally given.

Personal salvation, in the way it is often regarded today, was not claimed by me nor taught by my disciples.  A man is saved by his own return, not by the fact that I made it possible!  Free will is always a critical point of redemption or peril. It was man’s choice to judge, to separate, and to miscreate himself.  Now, it is for each one to seek his own return”.

“The Beloved …Love Without End…Jesus Speaks”

“Breathe in the Adamantine Particles of God,Breathe out Love”

Blessings for Easter from the Circle of Life

All products include postage & handling

Where can I find Circle Of Life this month? Events >

What can I learn from Circle Of Life? Healing Programs >

Connect with Circle Of Life

Stay in touch with us on Facebook! We post regular inspirations for self-healing with our natural organic products and life changing books, CDs and Essential Oils.

"Everyone has a Covenant and a Purpose in Life which is special and if you don't discover it, no one else will " Love Without End Jesus Speaks

Listen to a great interview with Greg at www.radiooutthere.com [Search for Week 309, 25th Nov 2010] and learn more about Ocean Ormus & inspirational ways to live your life.